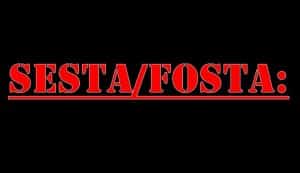 What is the new U.S. SESTA/FOSTA Legislation?

SESTA/FOSTA is a significant bill passed in the United States in February of this year, and it threatens the very nature of what makes legitimate speech possible in online forums. The Stop Enabling Sex Traffickers Act/Fight Online Sex Traffickers Act has a name that sounds legit, but the underlying intent seeks to limit online forum speech.

How does FOSTA Legislation impact you?

SESTA/FOSTA Legislation intends to undo important protection of free speech, known as section 230, the Communications Decency Act, or CDA. With Section 230 disabled, authorities can hold online forums accountable for the actions of its users, even if the forum doesn’t have control over the content or actions of the users. As you might guess, no internet forum can fully detect if a small percentage of its patrons are using a site poorly for illegal sex trafficking. Sex forums and escort sites are designed to be used properly and legitimately, and they deserve to be safe havens for free speech.

The bill is fairly considered a grandstanding censorship bill by many free speech advocates because it seeks to limit language used for casual sex encounters across numerous internet forums, or any site where people meet one another for consensual sex. Craigslist and Reddit immediately began restricting free speech on their websites when the bill passed. Craigslist eliminated its wildly popular “Personals” section, and subreddits continue to disappear. More restrictions are certain to come as prison time and massive fines threaten those who do not comply with the new Trump-signed law.

Stigmatizing consensual sex hookups and making online forums responsible for the actions of a small percentage of bad users is a violation of the First Amendment freedom of speech. It will make it far more difficult to connect safely with potential partners, professional escorts, and legal sex workers. It threatens to drive human nature further into the dark instead of bringing light upon the embrace of natural behaviour.

Americans love sex, and only Nevada has been smart enough to make it possible for legal hookups to occur legitimately and safely. Americans spend countless dollars in Nevada because of this. SESTA/FOSTA Legislation forces another level of illegitimacy on legal sex. It drives open sexual discussions and experiences more underground and makes consensual sex more difficult and potentially dangerous. Democratic Senator Ron Wyden of Oregon said it best as one of the few representatives to vote against the poorly smashed together bill.

“The failure to understand the technological side effects of this bill – specifically that it will become harder to expose sex-traffickers, while hamstringing innovation – will be something that this congress will regret…. the bill passed today by the House will make it harder to catch bad actors and protect victims by driving this vile crime to shadowy corners of society that are harder for law enforcement to reach.”

Good moderation and thoughtful oversight of forums allow for richer, safer communities to develop, and the bill is being opposed by a broad array of free speech advocates, including the Center for Democracy and Technology, the Electronic Frontier Foundation, the Freedom of the Press Foundation, and the Open Technology Institute. Katherine Maher, Executive Director of the Wikimedia Foundation succinctly summed up the impact of rolling back CDA 230 speech protections.

“The integrity of CDA 230 is crucial to preserving community-driven resources like Wikipedia. Wikipedia is a part of everyday life for hundreds of millions of people, answering questions from the meaningful to the mundane. It is written and maintained by hundreds of thousands of volunteer contributors who work together to create reliable, neutral information, all governed by community-created policies. Wikipedia’s success is possible in large part due to CDA 230. CDA 230 enables the Wikimedia Foundation to host this remarkable user-generated resource. The Wikipedia we know today would not exist without CDA 230.”

Critics all agree SESTA/FOSTA Legislation will do very little to stop sex trafficking, and may even worsen the current situation by driving speech into darker corners of the web instead of keeping users in the open, moderated light of popular forums. For more information, use the following links:

Know what we can do for you

Ask for your Free SEO Analysis!

Do you need help?